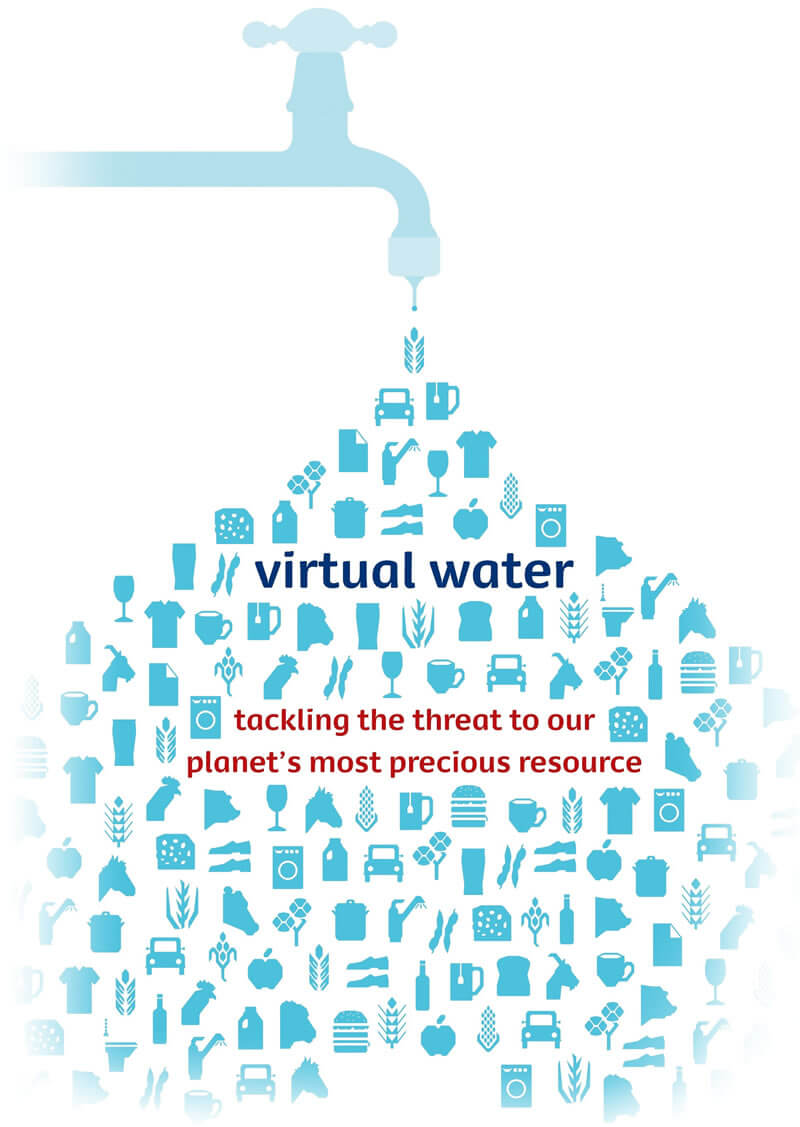 Food production is one of the largest consumers of precious fresh water resources. Aside from irrigation, many other hidden uses of water result in a by-product that can no longer be repurposed or consumed.

Research by Professor Tony Allan on the inefficient use of water resources has been increasingly deployed by advisers to governments, corporations and NGOs such as the US State Department, Coca Cola, WWF and the World Economic Forum.

Introduced and developed by Allan, the Virtual Water concept is used to identify and quantify water use which is hidden or embedded within the production and supply of food and other commodities. Its primary application has been to demonstrate that the majority of water consumed globally is used within the food production and trade system. Virtual Water research has transformed public and private sector water policy and its metrics in the UK and internationally. Initiated through conceptual work published in 1993 and 1994 and developed through empirical studies thereafter, virtual water was widely adopted by 2000. The idea is now accepted as an essential element in the framing of water security policy and its economic systems.